Reflections on traveling as an American in 2020

My country’s actions weigh heavy on my heart this week. I’ve grown up during pointless war after pointless war while my country itself festers from not taking care of its own people.

I realize much of my privilege in being able to travel stems from previous generations of my family serving and receiving educational benefits from the G.I. Bill. I’m very well aware that my heritage is not blood free as a white American.

I still never have claimed to be “Canadian” or something like that to avoid abuse, and guess what? I’ve never received any abuse for my nationality. I hope I’ve spread some positive impressions of Americans around the world in my interactions as I travel. The closest I’ve come to any kind of criticism is a sort of camaraderie of “well, now you have an idiot president just like we do”.

I’ve run into much more abuse for the simple fact of being female than my nationality. I realize my lenses are more rose-tinted than most since I am of European white descent. I have heard and seen the abuse hurled at my darker skinned friends.

I don’t really have any answers to war and violence on a travel blog that is focused on tourism except to encourage conscientious travel. Support local, small, artisan based businesses and crafters. Encourage your friends to travel and talk to locals when you do leave your borders. Connectedness is the answer, I think.

Consider the welfare of people in the places you visit at least as much as animals. If you come from a wealthier country, don’t sneer at little extra charges here and there. I’ve seen people get offended at being charged a few cents and fly into a rage at being “scammed” in a third world country. Is that really worth your time?

I’m a part of a few travel groups on various channels like Twitter and Facebook. Many of them have rules of engagement, number one being “don’t be political”. I understand the reasoning behind this… we want these communities to be positive, neutral, and nurturing places, and political debate these days is anything but.

However, travel is inherently political. Iran just threatened to attack Dubai, one of the biggest travel hubs in the world today. The state of the world changes every day. CIA warnings about travel safety that everyone loves to cite are often created 5 years ago or more. I felt safer in Michoacán, Mexico than I did after dark in my own American hometown of Tampa. You would never know if you only stayed in the all-inclusives.

During my high school years of 2004-2007, we had bomb threats called in at least once a month. I remember sitting in the bleachers in Florida fall 90 degree weather (32 celsius) and bullshitting with friends for hours. We had several lockdowns a year because of active shooters across the street in apartment complexes. We had one after-school gang shooting at the McDonald’s across the street, ten minutes after school was let out. I went to three times a week before after school band practice. I skipped band practice that day to play video games at a friend’s house. Bombs and guns were blasé 16 years ago.

In front of me was an Iranian couple about my age or a little younger. I don’t know if they were married or not… I assumed so at the time because of their culture, but who knows. Perhaps they were having an illicit trip together to Istanbul. It’s one of the most romantic cities I’ve been to, so I don’t blame them.

They barely knew any English, and unsurprisingly I know no Farsi. They ran out of English after determining I was American (which pleased and surprised them .. I guess solo American travelers to Muslim countries are unusual). After that, the woman whipped out her phone and booted up Google Translate.

We passed the phone back and forth, telling each other that someday we hoped to visit each other’s cities (New York and Shiraz) and how beautiful we had heard the other’s culture and countries were.

I’ve seen many styles of Islamic women’s fashion, but I’ll paint a clearer picture. They both had gone to university and seemed rather liberal. He wore blue jeans and had a fashionable haircut and goatee. She had a hijab that was jauntily pulled back, showing her shining hair, more of a bandana than the full covering we see on television in America. Like most Muslim women I’ve met, her makeup was impeccable.

We could have been friends, even with the language barrier. My heart aches for two strangers I just met. My president promises to bomb cultural sites of significance from one of the most ancient civilizations in the world. I don’t see how that is different than what ISIS promised.

Persian as an adjective has been synonymous with luxury and style for millennia. As an artist myself, I feel grief for any artifacts, architecture, and art that is destroyed for the sake of power and money. People put blood, sweat, and hope into these works. People like me.

To get through these feelings, I think of Vietnam and Japan. Two former enemies that have opened their borders. Perhaps someday in the decades to come I can see Iran. That seems like an awfully selfish thing to say in wake of bloodshed and impending war, but it is a dream of mine.

I want to see the intricately tiled floral vines and walk on those carpets. I want to taste saffron in the country it comes from. I want to sit and draw in a Persian garden. I want to purchase some art or craft lovingly made by a woman in an “enemy” country. I want to sip tea with another woman who can show me the beautiful back corners of her city, and when she visits my country I will show her mine. 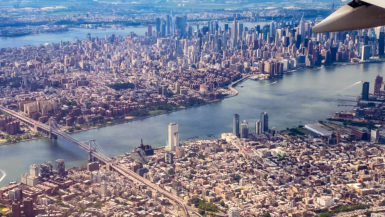 Traveling in the time of coronavirus (hint: don’t)